Ubiquinol is the active antioxidant form of CoQ10 (ubiquinone). The presence of two additional hydrogen atoms allow ubiquinol to work as an antioxidant. Ubiquinol comprises the majority of the ubiquinone/ubiquinol pool in the plasma of healthy subjects. Ubiquinol may be especially important for older individuals and subjects with greater levels of oxidative or physical stress. Ubiquinol may be indicated for individuals who fail to respond to regular CoQ10 supplementation (possibly due to poor conversion of CoQ10 to ubiquinol in the body). Research suggests that it may be more readily absorbed than ubiquinone. In a comparison study involving healthy subjects, supplementation with 200 mg ubiquinol for 4 weeks increased plasma total CoQ10 from 0.9 to 4.3 μg/mL (p<0.001) compared to 0.9 to 2.5 μg/mL with ubiquinone. It was also noted that ubiquinol supported a healthy ratio of CoQ10 to lipids. In addition to its antioxidant benefits, some evidence suggests that ubiquinol supports healthy ejection fraction and mitral valve function. The safety, tolerability, and oral bioavailability of ubiquinol have been confirmed in single dose and 4-week multiple dose studies. Significant gastrointestinal absorption was confirmed with no clinically significant adverse effects. 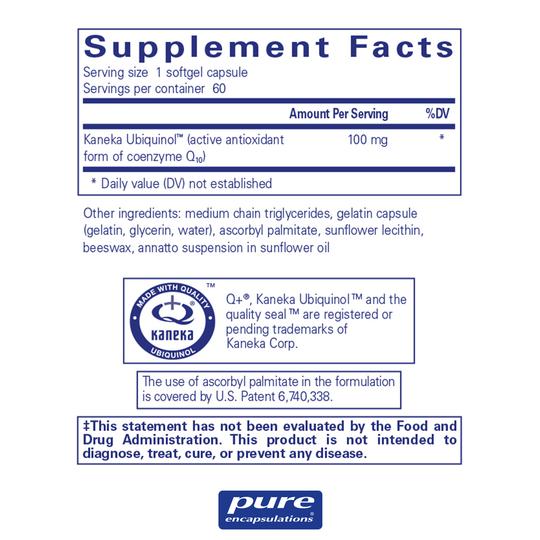