Brain health is an incredibly popular wellness topic for a good reason. Protecting your cognitive function is critical for long-term health and successful aging. Cognitive function refers to the mental processes involved in thinking and knowing, such as memory, attention, and problem-solving.

In combination with other lifestyle habits like a healthy diet, several well-researched botanicals can be used to protect and support healthy brain function. Many of these herbs or plant extracts have been used for thousands of years in traditional medicine.

To keep your brain working at its best, you don’t have to wait for signs that something is wrong.  As you will learn below, research suggests that even people without any brain-health concerns can benefit from brain-supporting botanicals. With healthy habits, good nutrition, and effective supplements, it is possible to support healthy cognitive function at all stages of life.

Here are some of the top choices of botanicals you can use to support your cognitive health. 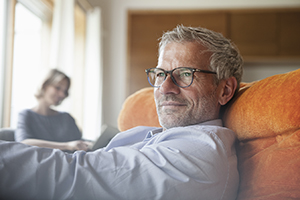 What is it? Rhodiola rosea is an herb also known as an adaptogen. Adaptogens are thought to help the body better respond to stress. It’s been used for thousands of years in traditional medicine to support energy and longevity.[i]

How can it support your cognitive health?  It appears that Rhodiola can help brain function, memory, energy, and overall daily function.  A study on physicians who worked night shifts found that Rhodiola supplements supported significant improvements in mental tasks and fatigue under stressful situations.[ii]

Additionally, Rhodiola may help reduce the negative impact of stress on your brain.[iii]  There’s a strong association between stress and brain health.   Stress is linked to structural brain changes and adverse effects on the nervous system. 1 As Rhodiola is an adaptogen, it can also be a part of your stress management toolkit.

How does it work?
The efficacy of Rhodiola likely comes from active compounds that work as antioxidants in the body.  Antioxidants are molecules that can protect your cells against the damaging effects of free radicals to minimize oxidative stress. Oxidative stress occurs when there is a build-up of too many free radicals, damaging your neuronal cells while contributing to the overall aging process.[iv]

It appears that Rhodiola also interacts with stress hormones and helps to mitigate the impact of the chronic activation of our “flight or fight” response.[v] While stress hormones are essential and needed for normal physiological functions, they can lead to unwanted effects on your brain and nervous system if left unchecked over time.

What is it?  Green tea extract comes from the plant Camellia sinensis and has been used for thousands of years to support longevity. Green tea extract refers to the polyphenol (a health-promoting compound found in plants) in green tea called epigallocatechin-3-gallate (EGCG). ECGC acts as a potent anti-inflammatory and is one of the main reasons green tea has many supportive health benefits, especially for your brain.[vi]

How can it support cognitive health?  Green tea extract and specifically ECGC may support cognitive function.  This is especially seen for people who already have known conditions related to brain health.  One study found that when green tea extract was combined with L-theanine (a brain-supportive amino acid also found in green tea), participants had higher scores for recognition, attention, and increased brain waves indicating cognitive alertness.[vii]

Green tea extract may also play a role in protection against cognitive decline in older age.[viii]  Studies have found an association between those drink more green tea and a lower risk of cognitive disorders, showing more protection with higher consumption.[ix]  However, green tea supplements may be an easy way to increase the intake without drinking multiple cups during the day.

How does it work?  As an antioxidant polyphenol, green tea supports oxidative stress (similar to Rhodiola). It’s beneficial because ECGC can cross the blood-brain barrier, specifically targeting free radical damage in the brain cells.[x]

What is it? Ginkgo biloba is another botanical that has been used in traditional medicine for many years. It’s also one of the most popular and well-researched supplements used for cognitive support.

How can it support cognitive health? Since Ginkgo has been so widely studied, there are many ways it can support cognition.  Several studies have shown that Ginkgo supplementation can reduce symptoms of cognitive decline and improve memory.[xii] It has also been shown to improve mood and anxiety, another common complication experienced by individuals experiencing conditions impacting the brain.

It also appears that Ginkgo supplementation can help with improvements in scores that measure cognitive function in healthy volunteers.[xiii]  One study examining healthy middle-aged volunteers found that supplementing with Ginkgo biloba extract helped with improvements in memory.[xiv]  Another found that Ginkgo helped with recall and recognition for healthy older adults without any cognitive health concerns.[xv]

How does it work? Ginkgo may help by improving blood flow to the brain.[xvi]  Increased blood flow supports healthy blood vessels and supplies the brain cells with oxygen.  Similar to the other supplements, Ginkgo may also help by supporting reductions in free radical activity in the brain, adding a level of protection to neuronal cells. 10

What is it? Bacopa is another traditional herb used in Ayurvedic medicine. It’s known for its positive impact on stress, longevity, and brain function.[xvii]

How can it support cognitive health? Bacopa appears to be especially helpful for memory support, even in healthy subjects.[xviii]  One study found that healthy people without prior brain-related conditions noted significant improvements in memory and attention after twelve weeks of taking a Bacopa supplement.[xix]  People who take Bacopa may also report energy improvements, along with working memory.[xx]

How does it work? One way Bacopa may support your cognitive health is because it can interact with neurotransmitters important for your mood and brain health.[xxi]

Cognitive impairment can lead to faulty communication between brain cells, but Bacopa may support healthy communication of neurons through its influence on increasing dendrites which help carry information from cell to cell.  And like the other supplements, Bacopa is known to support the balance and reduction of free radicals and help with anti-inflammatory activity in the brain. 10 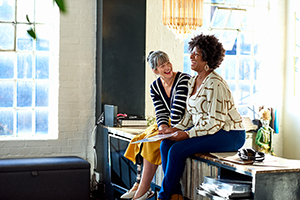 You can start optimizing the health of your brain today through lifestyle choices such as getting enough sleep, reducing stress levels, and exercising regularly. Additionally, botanical supplements like Bacopa, Ginkgo, Rhodiola, and ECGC  provide an additional line of support for cognitive health even before it becomes a problem. These plant extracts are associated with a wide range of brain-health benefits. It’s never too early (or too late) to start taking care of your brain.

Caitlin Beale, MS, RDN is a registered dietitian and freelance health writer. She has a master’s degree in nutrition and over ten years of experience as a registered dietitian. You can learn more about Caitlin Beale, MS, RDN at www.caitlinbealewellness.com.
+The views expressed in this article are those of the authors. They do not reflect the opinions or views of Pure Encapsulations®.